Posted by johnnya10 on 12/01/2014
Posted in: My Painting and Modelling. Tagged: Mortifactors, Scouts, Space Marines. 2 Comments

Well, this weekend’s hobby activity has focussed on my squad of Space Marine Scouts that will be the second troop addition to my Mortifactors force. I’ve only got one of them complete so far, mainly due to the amount of time I’m spending on the camo cloaks. To fit in with my own board and terrain, I’ve gone for an urban camo theme, which I’m really pleased with, despite the amount of time it takes me to produce. They’re not the most flamboyant of miniatures – lots of greys, browns and blacks – so I wanted to give them something to shout about. I’ve even taken some pictures of the stages of painting the cloak and will post a little guide later on. 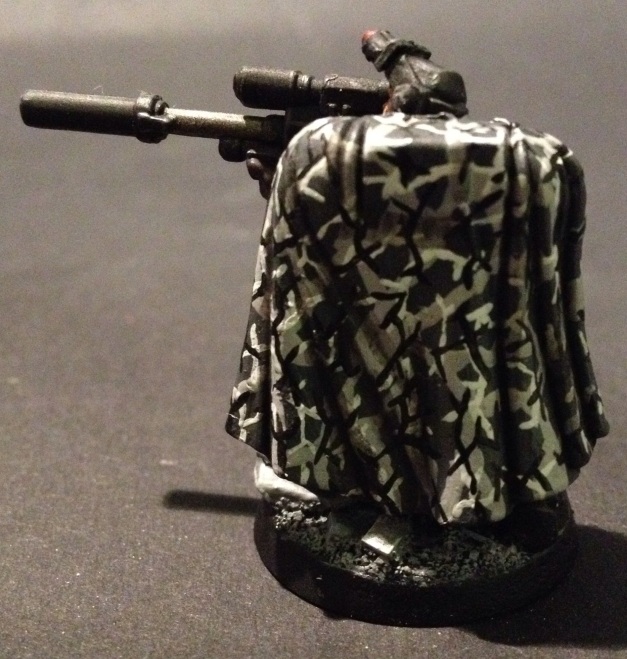 I’m also happy with managing to get a good red glow effect on the protruding goggle lense, so I’m looking forward to doing that a few times more and to really get the hang of it. I’ve also done a really good job on the basing (if I do say so myself), so I look forward to sharing those with you in the near future.

I wanted to maintain the idea that scouts are a really covert unit, so keeping them dark and simple was also important. It’s almost an added tactical advantage because if they’re hard to see, there’s a chance my opponent might miss them! It’s a bit sneaky, but with their lower stats and saves in comparison to other Space Marines, they need all the advantages they can get. 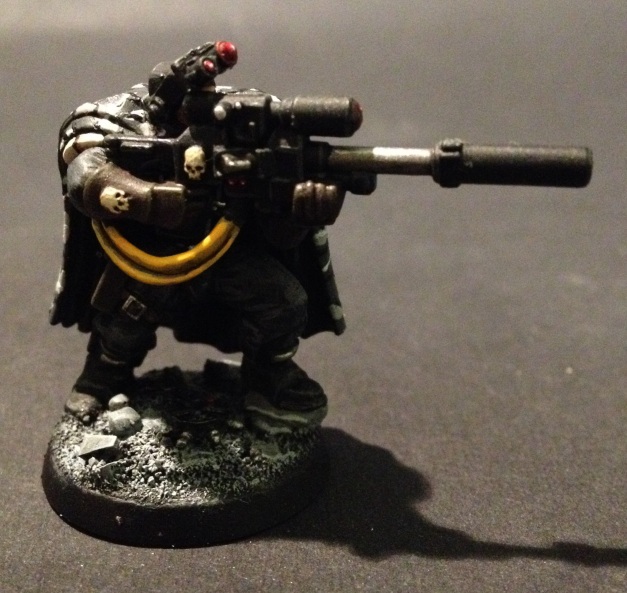 It’s amazing how old the kit feels really. It’s an old sprue, but it’s hardly ancient, so it’s odd that there are so few real options on it. Having worked with the tactical squad sprue recently, which is full of dynamic parts, optional extras and interesting pieces, this feels dated, but it’s by no means the kit most in need of an update. This was painted using Citadel Paints and I used the Windsor & Newton Series 7 Sable 000 brush throughout.