What Did I Miss? – Getting Back In The Blogging Habit

Don’t worry. I’m not dead. And I’m still working on hobby stuff when I get the chance but I acknowledge that it has been ages since I posted anything here and I feel really quite guilty about that. So, what have I been up to?

Well, working mainly. And some drinking in the sunshine and generally trying to be outside in the sunshine, hence the sever lack of completed new miniatures around here. Still, in my absence, I have been keeping very much up to date with all things 40k and I thought I would just post a few things here regarding my thoughts on such and my current plans and things I’m working on. Let’s dive in (or at least gingerly touch our toes to the water and shiver at the thought of the icy abyss beneath). 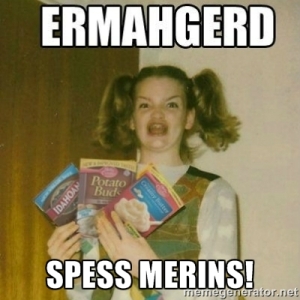 So I now have the new Space Marines book and have been going through it with a fine tooth comb to try and find all the changes, upgrades and nerfs. I think my favourite new change is the vehicle squadron rules which is making me hungry to paint up a couple of new predators because the rules you get for running three of them (while all three are still alive) are so cool. Also Scouts got a lot better too, so that’s a great bonus in the troops department. One thing that irks me slightly is the fact that the command squads and honour guard have moved to elites section. It makes sense in a way but I was planning to add an honour guard at some point and my elites slots are pretty busy these days with termies, vets and dreads. But that’s really the only downer for me. I’m pretty chuffed with the new book. Also: Grav Everywhere.

On another plus note, the Mortifactors got some more fluff! it’s rare they get a mention outside of their efforts with the Ultramarines on Tarsis Ultra (Warriors of Ultramar by Graham McNeill – well worth a read). A nice fight alongside the Raven Guard means I have a little more background to work on with my project, and that’s very cool.

The Lion’s Boys Got Some Love 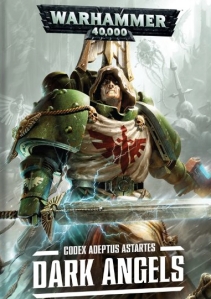 Not that I’m a collector of Caliban’s finest but it’s good to see these guys get what I hear is rather a good set of rules. When it came to the Angels of Death, my loyalties always fell on the side of the sons of Baal, but the mean and moody Unforgiven have always had a wee soft spot in my heart too. They’ve got great fluff but I don’t remember the last time I saw a DA army on the table top (outside of the Dark Vengeance stuff) so I’m hoping to see more Deathwing and Ravenwing popping up soon. Might start building some Fallen to make this happen. 😉

The Warlord Strides Forth!

We’ve been waiting for some time since the first flashes of its impressive frame appeared in the video for Horus Heresy Book Five, and now it is finally here. The monstrous warmachine that is the Warlord Titan has finally stomped off Forge World’s production line at an impressive 22.5 inches tall (that’s around 57cm in today’s money) and, in a moment of smugness, I called the price on it too – around £1200 for the full beast. And it looks freaking awesomazing (new word coined). 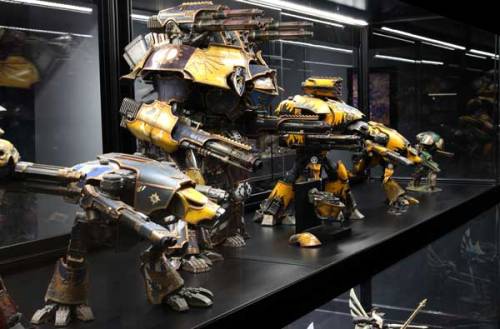 I’m heading up to Nottingham this weekend so I’ll get to see it in the flesh (or resin) for the first time then, and I know Henry South has bought one (because he can’t resist new shiny things) so I shall see that soon too. In fact, he’s created a brand new blog for his oversized “miniatures” too, which you can find here. Looking forward to the WIPs!

All the initials! I know this is a blog about 40k, but one can’t help but comment on the apparent passing of WFB, the 41st Millennium’s bloated, ageing, slower brother. Age of Sigmar is coming to shake things up and I for one am relatively excited about this. I don’t think I’ll be immediately jumping on the bows n’ arrows bandwagon, but the fantasy slice of the hobby really needed refreshing and by moving to a skirmish game that doesn’t involve painting huge units of nondescript grunts does give me something to think about.

I hope old style Warhammer is kept alive in some guise, mainly because I don’t want those who have been painting and gaming all these years to feel robbed of something they enjoy, but AOS does look really cool. There are plenty of leaked pictures out there so you can check out the minis for yourself if you haven’t done so already, and I have to say I’m impressed. Can’t wait to read the fluff too, and see how it is adopted by the GW community.

I’m All Going On A Summer Holiday 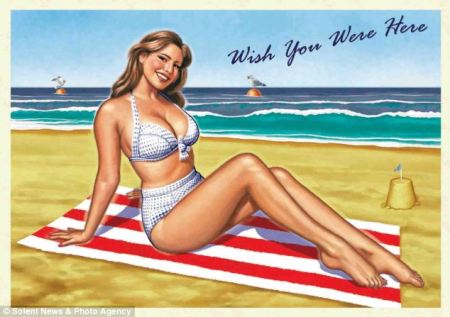 I’m not actually going anywhere (well, nothing planned yet though I dare say some time off from real life would be good) but I have decided to take a little break from my Mortifactors duties to try and get my creative juices flowing a little. It has been something of a slog lately (hence the lack of freshly painted figures in these pages). I don’t know what’s going to happen instead yet, but that’s half of the fun. I’ll return to the boys in black and bone soon enough (and I do have something pretty special nearing completion now that I hope to have done by the end of the week), but after that, I might try a few different things instead, just to broaden my horizons a bit.

And That’s About It For Now

I’ll try and get things going a bit more regularly around here from now on. I don’t like these long gaps and I know this was a bit of a something and nothing post so I’ll try to do more soon. As mentioned, I’m off to the Forge World Open Day this weekend, so there’ll be a report on that, and I’m working on a rather special miniature too, so that’s just round the corner if all goes to plan. Hopefully, I’ll have some more to say to you soon. Onwards!