The Most Dakka For Your Buck – The Price of Entertainment

If you’re anything like me, at some point, you’ll have walked out of your FLGS and had to suppress the voice saying ‘You just spent £25.00 on five toy soldiers’. It happens to all of us, I’m guessing. Every now and again, you try to justify it to yourself, but I’m not sure we need to go through this pain actually. I have done some maths!

Ok, so, to quote Terry Pratchett, I often feel like I ‘couldn’t subtract a fart from a plate of beans’ but I’m selling myself short there (hopefully). Read this, and if you’re anything like me, you’ll hopefully see how economically sound the hobby really is. You’ll probably also think that I’m trying to stick up for GW’s apparently harsh pricing model, and I’m really not. Ok, so here goes… 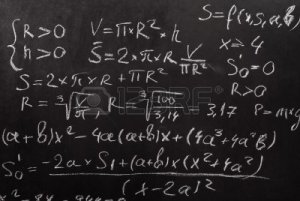 If, for example, I buy a film on DVD or BluRay, let’s assume that this costs me £15.00. I will watch the film once initially, and potentially an average of 3 more times throughout my life (highly dependent on the film, but some of my DVDs have been watched once, while others have been watched over 20 times – this is just a working average based on my habits). So, presuming that the film lasts for 2 hours, and adding half an hour of good extras, we’ll say that this £15.00 gets me 10 hours of entertainment, meaning that an hour of it is worth £1.50.

Now, we take a miniature. A basic infantry single figure will cost, for me (given the armies I collect and the fact that I shop exclusively with GW/FW) between £3.00 and £5.00. That’s a bit loose, given that there will be a large number of components in the box that I won’t use for the models in hand but will go into the bits box and will be recycled later, but, I think it’s fair to call it £4.00 per model in general.

I’m quite lucky in that I am a painter and, to a lesser extent, a gamer. I paint a lot more than I game, but I do enjoy both aspects of the hobby. Even for a basic model, I expect it to take me 20-24 solid hours of work on average. I get a lot of enjoyment from painting, whether I’m learning new techniques, perfecting older methods or whatever. I find it therapeutic and a pleasant use of my time, and so I am happy to spend this amount of time painting.

This very basic model of calculating worth is skewed considerably by both vehicles and special characters. A Rhino may be the size of a Tactical Squad (and yes, my Mortifactors tactical squad took a considerable number of weeks to paint), but it will only take me say 30 hours to paint (I can use large brushes, there are less tiny details and no basing) and costs the roughly the same. For a similar price, I get less hours of painting enjoyment, but on the flip side of this are special characters. I may take twice as long painting a similarly sized special character, but it is almost sure to cost twice or three times the amount of a regular model. Swings and roundabouts.

Then, there are the materials to add in of course. Undercoat spray, paints, brushes, modelling supplies. But even with all of that, I think it would still not work out as more than £0.40 per model (or model sized aspect of a larger miniature). And remember that I’m not adding the price of the laptop/tv & disc player to the DVD price per hour of enjoyment model.

And all of that still leaves out gaming time. I don’t play a huge amount, and armies tend to go in and out of favour, but saying that each miniature will get 100 games in its lifespan with me is not unreasonable (in fact, given that I still have many, it could be a lot more). The games I play tend to go around 3 hours in length (very rough guess). That’s 300 hours of game time, added to the 22 hours of painting time and taking materials into account, I reckon that would be a cost of about £0.02 an hour for my entertainment.

Ok, so the maths there is a little ropey (to say the least) but regardless of exactly how accurate it is, even if it’s as much as £0.20 an hour for this entertainment, it is quite good at highlighting the economic bonuses of the hobby.

Yes, I’m sure if we examined other forms of entertainment, from a season ticket to a premier league football club, to membership dues for a MMO game, I’m sure arguments could be found to support each and unless someone wants to commission a much more scientific survey into this, there will always be contention.

Anyway, the point of all of that was to look beyond the price of the models that you walk out of the store with, and instead, look at their worth in terms of the hours of enjoyment that they can provide you with. It’s very hard to do this hobby casually, so you’ll have a passion for either painting, gaming or both. And when you look at the amount of money you pay for these products, and weigh that up against the amount of time that they will allow you to enjoy your passion, the price is very, very low.

My point is, if you’re a painter and a gamer like what I am, taking part in 40k (or any other similar system for that matter) actually works out as being a great way to entertain oneself economically. In other words…

Agree? Disagree? Disparing of my mathematics? Comments and more below please!