Hobby Insanity: How To Spot It, And What To Do About It 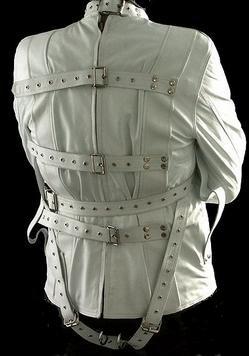 First up, I’d like to thank Mike Simeon (he of the many flying Necrons) for giving me this idea for a blog post while I was having some serious Writer’s block. And thanks to the whole gang on the G+ Warhammer 40,000 group for their input too.

Insanity is a relative term. To probably butcher a quote from someone whose name I can’t be bothered to Google, what’s order for the spider, is chaos for the fly. By equal terms, what’s sane for the hobbyist or miniature enthusiast, is bat-guano crazy for everyone else. Not in a dangerous way (unless your enthusiasm for the hobby has led you to try and build a working chainsword – stop that), but in a way that would certainly be considered unusual. In kinder terms ‘quirky’ and in blunter words ‘#!∂$ing mental’, we have among us developed many an eccentricity, several idiosyncrasies and a fair few curious habits that can help those who care about us spot Hobby Insanity. Consider this your public service announcement. Let’s look at the obvious symptoms.

The Association Of Deities With Inanimate Objects – “The Dice Gods are real, man!” 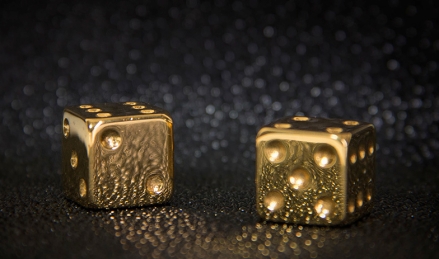 Even the most rational amongst us knows full well that the Dice Gods exist. If a die rolls a 1 twice in a row, despite all evidence to the contrary, you know (KNOW) that it will roll a 1 on it’s next roll too. Yay, for the great and changeable Dice Gods hath deemed it to be thus! And just when you think you’ve figured out their ways, they change on you. I have witnessed confirmed atheists with a background in sciences refuse to roll their opponent’s dice because it might pass on some bad joo joo, or because they weren’t in his lucky colour and they didn’t come out of his lucky dice bag. For the Dice Gods will punish the impure with 6s on leadership tests, and 1s when saving a Terminator’s wounds, so it has been written. Ever notice how your favourite/best-painted model, the one you’re most proud of as a painter, always dies on turn 1? The Dice Gods can sense your impurity even then. As ridiculous as this all sounds, every 40k player knows that you cross the Dice Gods at your peril. 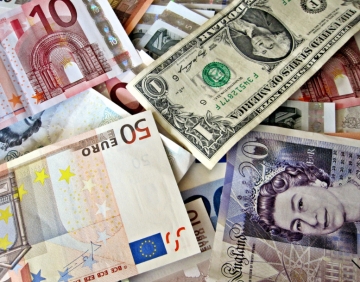 I don’t need food this month. The miniatures will sustain me.

Every month, I make sure my rent, council tax and any other bills are paid. I put a bit of cash into my savings, and pay off as much of my credit card as I can or need to. I do not splurge unnecessarily on trinkets and doodads. Nor do I spend frivolously on feasting, gambling or chasing the ladies. I am thrifty and sensible for much of the month. And then I walk into a GW store and, like Dr Jekyll having quaffed from a frothing beaker, a switch flips in my brain. The next thing I know, I’m walking out of the store with new models, paints, books and all the rest. It happens every time (except for that one time when I came to as I was bounding across the rooftops of Soho but that’s a story for another day); I walk in and think ‘that’s nice but I don’t nee- I’ll take two!’. And then when you have to explain the amount you spent to other people! ‘Yeah, no, it’s not cheap, but…’ and you always have five hundred reasons why it’s ok, but none of them will keep the heating on this winter. We are uncontrollable in this aspect. Addicts of plastic crack, whose fiscal responsibilities are left at the hobby store door.

The Atypical Appropriation And Usage Of Materials – “Do you know what I can do with this twig!?” 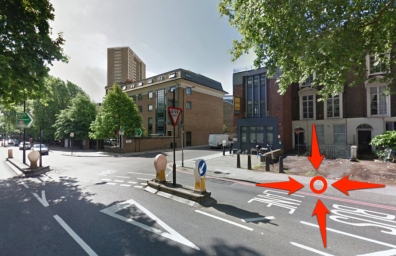 Most people will walk down the street and won’t notice the little stone over there. If they did, the noticing of said little stone would not even require a thought, and on the extremely rare occasion that they do notice it and give it a thought, the thought will most likely be ‘there’s a little stone’. Whereas one of us, afflicted with the hobby madness, will think something along the lines of ‘Wow! Look at that little stone! it’s the perfect little stone to use on my display base! I must pick up that little stone, take it home, wash it, glue it to a piece of plastic, glue another piece of plastic to it, undercoat it, paint it and then they’ll give me the Slayer Sword for it!!’. We are harvesters of detritus, flotsam and nature’s least bountiful bounties as we pursue our skills in the creation of a universe we may enjoy but never truly occupy. Show me a twig, and I will show you a dead tree on the planet of Vrax. Show me a small bolt and I will show you part of a Manufactorum. The only limit is our crazy, crazy imagination.

Experiencing Delight At Mundane Purchases – “Do you know what I can do with this bag of sand!?” 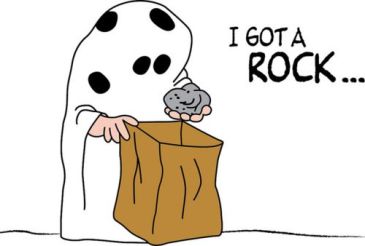 And that’s what I always wanted!

Only a miniature painter could be tickled pink with a selection of small wires or a baggy of crushed cork arriving by mail. I work in an office and on payday it’s pretty usual for everyone to order a few things they’ve been eying up online from the internets which will then arrive a few days later. As people around me are showing off handbags, running shoes, books, t-shirts and new phones, I am smiling away in the corner, deliriously happy with couple of boxes of clay and some flock. Of course, the big models are what we really get excited about, but not since childhood have such mundane purchases brought so much happiness to so many geeks. 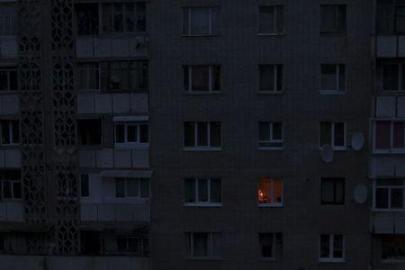 It’s fine. I can talk to my little plastic men…

At the end of the working day, often the question is asked ‘what are you doing tonight’. To avoid boring people with the specifics, I usually say ‘Nothing. You?’ and let the other people explain how they’re going out for dinner, watching a film, going for a run or whatever. But inside my head, I’m thinking ‘All of that sounds well dull. I’m going to be undercoating and applying a base coat to twenty tactical marines and that’s freakin’ awesome’. We have such a capacity for solitude, patience and self-involvement that we can only be matched in those regards by actual rocks. Inanimate lumps of igneous, metamorphic or sedimentary solid matter, and us. I can get more thrills and enjoyment out of five hours of basing than most people can get out of base jumping. Ok, so I need nights off, but when I’m in that zone, nothing is more interesting than the tiny toy soldier that I’m working on.

Obsession With Fictitious Characters (Extremis) – “Dante must have all the Blood Angels!” 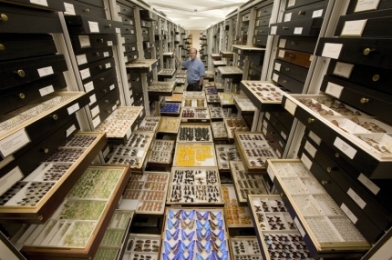 Yeah, I know, but I need all of these because reasons

From fans of Star Wars to Doctor Who, many people get obsessed by characters who do not really exist. It’s hardly unusual in this day and age. But let us examine how this affects the hobbyist. Hobbyist A decides to buy Ghazghull Thraka because he likes the look of the miniature. As he is painting the miniature he begins to dwell on how cool Ghazghull is and imagines him leading a mob of boyz to battle. At this stage it is acknowledged that Ghazghull is not complete without the aforementioned mob of boyz. So a mob of boyz is painted to compliment Ghazghull. Spin forward two years and Hobbyist A now has a room in his house devoted to the hobby with over 5000 points of Orks and more on the way. All of this because he thought Ghazghull Thraka was cool. Don’t lie, you know this happened to you.

The Ritualistic Application Of Paint To The Body – “I’ve got what on my face?” 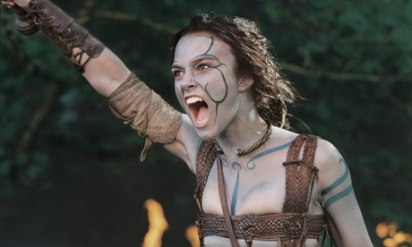 Ever watch those videos of Duncan and Emma from GW painting the new models on the Warhammer TV Youtube channel? Notice how clean their palettes, pots and work surfaces are? Well, they have to look all clean and tidy for the camera, but the true hobbyist in his natural habitat knows that the most crucial tool is his own body. The back of the hand is great for getting rid of excess water. The thumbnail is perfect for removing excess paint from the brush. And then there’s the lips. For the finest point on a freshly cleaned (well, sort of cleaned) brush, accept no substitutes. These activities do end up leaving their mark though. By the end of a good painting session, the average hobbyist looks like an ancient Briton prepared for war. Not only that, but I’m pretty sure I could tell the difference between Mephiston Red and XV88 in a blindfolded taste test.

What To Do If You Suspect Your Friend Is A Hobbyist/Insane: 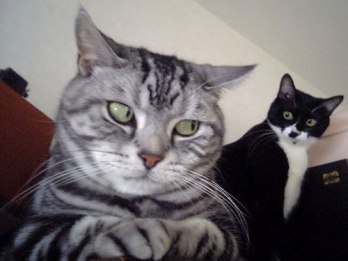 Someone who has identified as a miniature painter or hobbyist is typically docile and may be approached. They often favour lurking on the edges of conversations unless they are with their own kind in which case they will contest the leadership of the group through obscure arguments and knowledge sharing. Traditionally they consume large amounts of caffeine, develop a prominent hunch on their backs and grooves in their fingers where brushes have been clutched tightly like Gollum’s Precious.

It is important to remember that by and large, the hobbyist is a docile, friendly beast whose insanity is relatively mellow, and whose symptoms are unobtrusive and mild. Do not be afraid to approach them (unless they are holding a full sized chainsword) and be kind to them. It helps if you bring them more caffeine. There should be no need to alert the authorities and they pose no threat to you (again, chainswords not withstanding).

This has been your Public Service Announcement. Onwards.

4 comments on “Hobby Insanity: How To Spot It, And What To Do About It”