2015 Approaches – What Will The New Year Hold For This Blog? 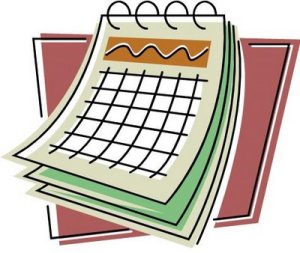 As the nights draw in and this particular corner of Terra begins to resemble Fenris (or perhaps a slightly soggier deathworld), my thoughts are turning to next year. This blog was born in mid-December, 2013, and we’re fast approaching Heresy & Heroes’ first birthday. Despite not even being one year old yet, I’m looking at what I want to have accomplished by the time this place is two. 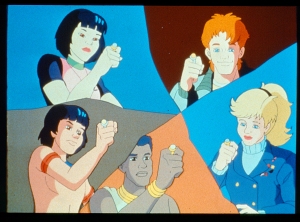 Aristotle only had four elements, so I’m guessing I’m going to be more like Captain Planet in 2015 as I have five points to work to for the next 365 (though I’m hoping to avoid the little gimpy kid who would coo ‘heart’ much to the chagrin of his confederates though they hid it well). Yes, there will be a five pronged (pentadent?) assault on the hobby from January and I’m going to tell you about more than half of those here. There are a couple of projects that warrant their own articles, so I’ll save those for now (yes, I’m a tease). What I’m putting in here will be of little surprise to more regular readers but I wanted to reassure you that the things you come to this blog for will be carrying on and improving in the new year. Here’s the skinny…

What can I say. I’m hooked on these guys. I have definitely found my chapter and I want to continue working on them and really pushing the envelope in terms of defining the chapter in my own eyes. I want more squads, more armour and some experimental stuff in there too. I want options all over the board and while I’m confident of completing a 2000pt army this year (though it will be tight), I want to have a lot more than that by the end of 2015. I always said that I wanted this to be the sort of army project that might appear in Army of the Month in Visions one day and though I may not be at that level of quality to actually get in, that’s the sort of level I want to get to. Who knows – when I’ve added a little more, maybe I’ll submit it these guys to the White Dwarf team and see what they say! Rest assured though, more are coming.

I’ve really enjoyed my first foray into this particular aspect of the grimdark and I want to do more of it. So far my conversions have been pretty simple and safe – focussing more on the painting aspect and getting a feel for more basic work. Next year, I want to start really delving into the weirdness. I want to riff on some John Blanche illustrations and let my own imagination run wild too. My original Ordo Xenos team may end up looking pretty pedestrian against 2015’s freak show. As for the current team, they may not be quite finished by the 1st of Jan, but they’re getting there.

Records Not Yet Public 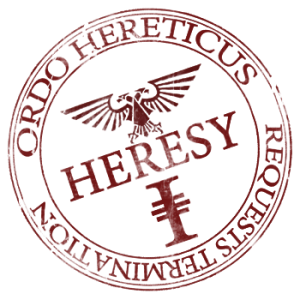 Records Not Yet Public

Fun, And The Having Of It

Next year, above all things (but ironically near the bottom of this article), I want to enjoy myself. I want to have lots and lots of fun. I’ve spoken about it before here on this blog before, and I know all of you know what I’m talking about – sometimes, the hobby can be a real drag. It can grind and you feel like you’re working on a production line rather than taking part in something you love. Well, I’m going to do my darnedest to try and avoid that next year and with the variety I have here in terms of projects, and a pledge that if something comes out that I want to work on (regardless of the army) I will work on it, I should be in good shape. 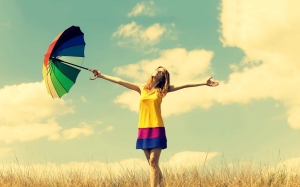 Like this, but imagine a Space Marine holding the umbrella.

I’ve had a relatively rough time with my health in the last quarter of this year and it reminded me that the most important thing to do is to enjoy things. Yes, I could go all over the world and see great sights and meet interesting people, and maybe I’ll get around to doing that, but for the rest of the time, I want the hobby to be something that gives me joy and comfort and a sense of accomplishment on a near daily basis. Yes, they’re little plastic men, but I like this stuff and for all the days when I’m not surfing the Grand Canyon or trekking through the Great Barrier Reef (something like that), I want to be hunched over my work bench with a smile on my face and a paint brush in my hand looking forward to the challenge in front of me. Time to start really having fun. 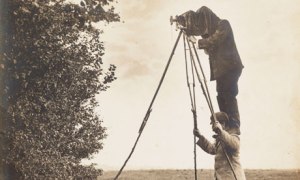 One of the best things about 2015 is that, starting in January, I will have my very own, brand new fancy pants camera to photograph all of my minis. I will be treating myself to a good DSLR and even some proper lighting equipment and a tripod so I’m hoping the look of the site will really improve. As many readers will know I apologise for the quality of my images in nearly every post and that really needs to stop. Not only will my new camera hopefully eliminate this issue, but I’ll also reshoot plenty of the old stuff too, and it will allow me to do better tutorials and showcases and much more besides. If that’s not something to look forward to, I don’t know what is!

I’m looking forward to the hobby in 2015, and I hope you are too. If you’ve got some specific plans of your own that you want to share, stick them below in the comments section.