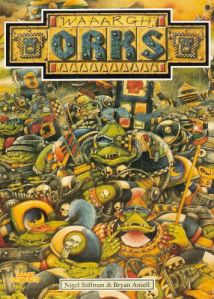 Games Workshop has, as its current logo dictates, become Games wORKshop this month with the impending release of Codex Orks. We’ve had the Gorkanaut and Morkanaut, the Flash Gitz and more are on the way each week. Having painted my first Ork in a long time just last week, I thought I’d take this opportunity to share the 10 reasons why I have a soft spot for these ugly, green lugs. This is why I like the Orks… 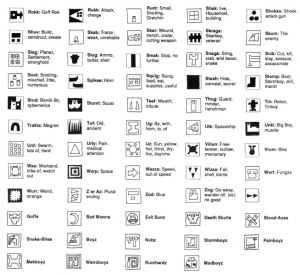 When GW started out in Hammersmith way back when, they were in a hub of punky activity. With the legendary Odeon (now Apollo) just down the road, and with early 80s London dominated by Punk and the NWOBHM (New Wave of British Heavy Metal – think Maiden and Priest, etc), it isn’t surprising that this ended up in GW’s products. It actually gave them a great opportunity to bring a Tolkien-based fantasy species into the future. The colourful, ‘homemade’ look of Orks really plays up to that punky thing, and the Goff Rockers are still available to this day. I’m genuinely surprised there aren’t Ork characters called Jonny Rotter and Jozz Trummer. 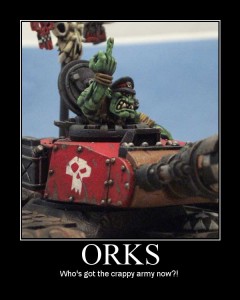 Both of the above facts lend themselves to the Space Orks’ status as 40k’s Funniest Faction. Nurgle may be charming and funny to an extent, but Orks can be downright hilarious. From Grots to Bommers, from Squigs to Weirdboyz, they know how to have a laugh and still be ferocious at the same time. 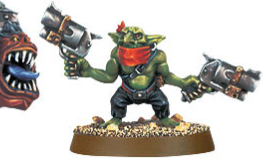 Well, if you’re going to bring Orcs over from Fantasy, you couldn’t very well leave out Goblins could you? They made the jump in the days of Space Elves, Space Dwarves and Space Rats (the latter two long since devoured by Hive Fleets), and I’m really glad the Space Goblins hung around. They are the top of the bill when it comes to entertainment value and whether you call them Grots, Gretchin or Space Goblins, it’s almost impossible not to love them. 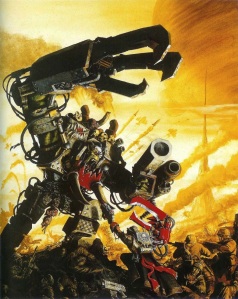 Big Mag Uruk and Sebby Y are in possession of one of the greatest beefs in all of 40k law. An Orkish-talking Commissar and the most brutally cunning (and cunningly brutal) of all Ork Warbosses have been doing a deadly dance since the 2nd War for Armageddon. From Hades Hive to Golgotha and back again, these two have been trading blows for a long time. There was even a brief spell where Yarrick was Ghazgkull’s prisoner, though was released out of the great Greenskin’s respect for his abilities. Their fight continues… 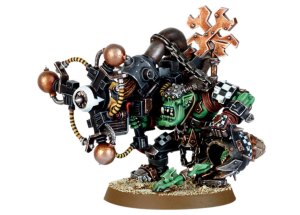 This weapon has been around for decades now and instills as much fear in the user as it often does in the target (not to mention the grots that end up being swallowed up to thing to give it its ‘juice’). It always makes for an ‘exciting’ game when you see one of these facing you. 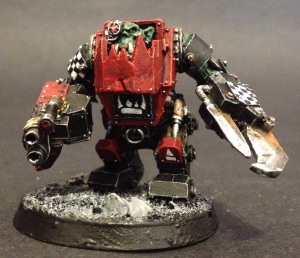 I suppose it’s derived from ‘Nobles’ but never the less, the monicker assigned to the biggest, toughest orks still makes me giggle as if I were waiting for an Eastbound Piccadilly Line train (Londoners will know what I mean). And of course, Meganobz are even funnier. 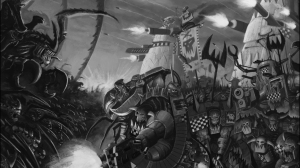 On a distant world, a war rages that may go some way to deciding the fate of the galaxy in the 41st Millennium. Thanks to an Inquisitorial plot, an enormous war rages between Orks and Tyranids with no clear victor in sight. The Eldar and Imperium try to get involved every now and again, but this is an Ork vs Bug fight and whoever wins that will be a real force to be reckoned with. 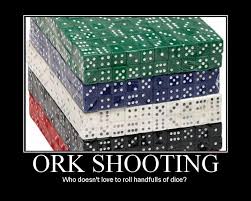 Every box of orks should come with a dice cube because if you’re going to war with Greenskins, you always need more dice. Lootas are best for this, and it’s always funny to watch them try to hit anything (until they have an unnaturally good roll and suddenly half your army is dead). 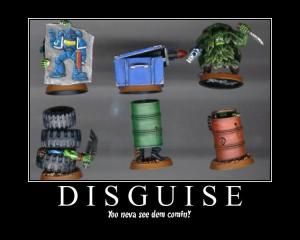 They’re fun. Whether they’re blowing themselves up or ripping the arms off they’re enemies, they’re a laugh. I always notice that, as a rule, Ork players tend to take the dice rolls with a better spirit than many others. If you’re hitting on sixes all the time, you don’t expect much, and yet you can often still come out on top. Orks remind us that this hobby is about a game more than anything else, and that’s why I love ‘em. I may never build an army myself, but it’s always a laugh to play against them, even when you get dakka-ed to pieces. let’s hope the comedy value (and a couple of nice buffs) are included in the new Codex.