Forge World and Me – What I Want To Paint This Year.

Where the pretty things come from…

Forge World create a lot of my favourite miniatures and I can happily spend an hour at a time just window-shopping and making mental lists of all the things I’d like to paint and use in games. Having done this now a thousand times (possibly an exaggeration but would not be shocked if it is actually around that many times), I think I’ve identified my perennial favourites. Well, I decided to put together a brief list here of what I really want to work with a why. Don’t be surprised if you see these appear on my blog in the future (provided I have the money, talent and dedication required to actually get round to all of these).

You know I like my daemons and you know I like my Nurgle. I need another excuse to really get into that pot of Nurgle’s Rot sitting in my paint collection for one thing, but besides anything else, this is a great sculpt. Mamon is manky and gross and gribbly and disgusting and everything you want from one of Grandfather Nurgle’s most favoured scions. What’s more, he comes with one of the best looking Heralds too, and I need more Heralds (I always need more Heralds!). I’m confident enough now in my abilities to do this guy justice, and so that’s why he’s high on the list.

For one thing, he’s a beast on the table (though I’ve only ever seen him appear once on a table-top in person). A walking predator with some awesome weapons options and a wonderful daemonic demeanour, the Decimator has been on my list for a while now. And with all those large patches of armour, some great opportunities for me to work on my free-hand which is a personal goal for me this year. I’d actually like to fit it with dual-claws and add it to my Emperor’s Children force which is slowly being resurrected. Also, he makes the Contemptor look puny, and that’s no mean feat. 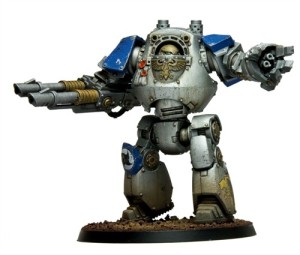 Ok, so I have built a Contemptor before, but that was the Relic variant and it went to my Grey Knights. This one would be the standard model, and he’d be kitted out as a Mortis Pattern with assault cannons and a cyclone missile launcher. When you look at the rules, this version looks like a lot of fun to use (so many nasty shots!) and although it’d be a proper points-sink, I’d love to add him to my slowly growing Mortifactors Army.

Now, I know what you’re thinking. The Jabberslythe is a) a  fantasy model, b) produced by Citadel and not Forge World and c) what!? Well, hear me out. I think a Giant Chaos Spawn would be a lot of fun to use (cheap, crazy rules and potentially devastating) but the only model on the entire Forge World site that I really dislike is the Giant Chaos Spawn model. Everything else is a winner, but that thing looks like a late night get-her-done sculpt. As I was in my local GW store last week, I was walking down the WFB range and saw the Jabberslythe. It’s about the right size, and with a couple of modifications and appropriate basing would suit a Nurgle CSM army well. If I ever get around to doing it, you guys’ll be the first to know.

So what’s on your FW wishlist? What do you think of the Jabberslythe idea? Comments, questions and ideas below, please!