Posted by johnnya10 on 13/04/2017
Posted in: My Painting and Modelling, Uncategorized. Tagged: blood angels, veterans, WIPs. Leave a comment 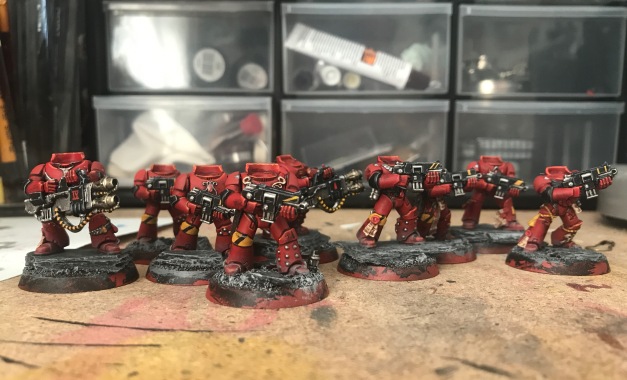 So, it’s been a little while since I gave you an update on my hobby progress and I wanted to share with you where I am with my BA Vets. The good news is that the torsos and weapons (between them the longest, most time consuming and frustrating parts of the process) are now almost complete. As you can see above, these guys are a little fancier than the standard tactical squads, and I’ve added plenty of yellows, and even a dash or two of gold to help them stand out. 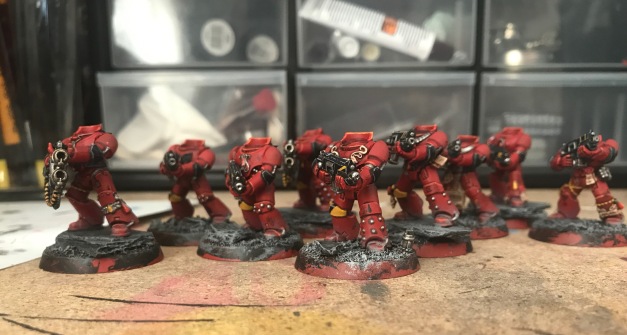 And yes, you can see two heavy flamers in this squad. These are Blood Angels vets – they know a thing or two about shock and awe, and they do like setting fire to things, so I expect to have some real fun with these fellows drop-podding in and burninating everyone around them. It will of course make this one hell of an expensive squad to bring to the table, but the rule of cool dictates that it must be done. But what of their own mighty leader… 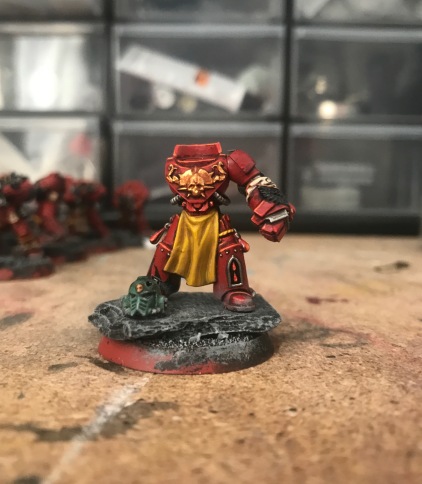 Yep, that power fist is going to make them even more expensive. But it looks so cool. I can win games with ‘cool’, right? Also happy with the helmet on his base there. Is it Sons of Horus, or is it Alpha Legion…? Well, instead of trying to be mysterious, I’ll just say that it kind of works as either. Which is fine. I mixed the paint myself so it’s a little too green for Alpha Legion and a little too blue for the SoH. Works either way, so I’m calling that a win. And what will my sergeant have in his other hand? 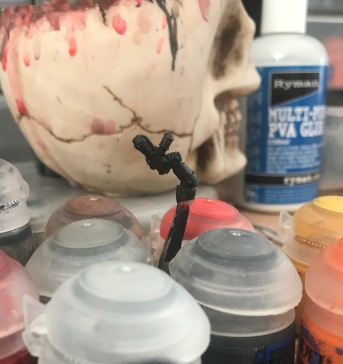 Yes indeed, that is a hand flamer. Because why have two template weapons in a squad when you can have three? And again, it looks cool. Winning.

Once this is painted up and put in place, it will be shoulders, backpacks and heads. Of course, I will keep you up to date with progress here as and when I can. I hope your own hobby-related endeavours are going well for you. Onwards!