Posted by johnnya10 on 27/04/2017
Posted in: Thoughts and Comment, Uncategorized. Tagged: 8th edition. 7 Comments
So, you may have noticed this little thing about a new edition of 40k appearing some time in the very near future. No? Not heard anything? I don’t blame you. It’s not like everyone everywhere within the wargaming community has been obsessing over it for the last month. It’s not like the battle lines between those excited and optimistic, and those already googling “how to set fire to my Tyranid army” and rage quitting have been drawn. Nothing like that. All is as calm as a mill pond in the hobby at the moment.

Though it’s hard to convey sarcasm through the written word, I think you can probably tell that the above statement was made with the lowest form of wit. I’m actually surprised that I haven’t witnessed people running around inside GW stores shouting ‘The Sky Is Falling! The Sky Is Falling!’. And given that everyone is weighing in on the subject of the new iteration of everyone’s favourite grimdark game, I thought I’d start shouting as well.
The Basics
You know what TV news items I hate? When there’s something big going on, and the guys in the news room “go live” with their reporter on the scene – usually some poor journalist who is stood out in the torrential rain. They ask him something like “what can you tell us?” and he starts with “Well, we don’t know anything for sure just yet, Jim but things are certainly happening!”. It’s at this point that I typically throw my remote at the TV and resolve to never watch rolling news again.
My point is, that there are so many sites already dealing in what we don’t know right now, and I really don’t want to do this. Let’s focus on what we do know first, eh? We know that a new edition is coming. We know that it has been simplified (though not “dumbed down”) and that existing codices will no longer be valid. We know that templates are gone, WS/BS rolls have been standardised/simplified and that charging armies strike first in combat.
We also know that it’s going to be Death Guard and Space Marines (likely smurfs) in the starter box. The movement stat is back, there isn’t a different profile for vehicles anymore, and that the core rules will be free. In this blogger’s opinion (humble or otherwise), I can’t see anything to be upset about here. What’s more we know that there are going to be three ways to play the game (casual, story-driven, competitive) and that there will be two ways to work out your army points – simple and detailed. Can this addition really be all things to all wargamers?
The Details: Books

So, your codices are going to be ‘useless’ in this addition. That’s not entirely true though. Yes, the rules won’t work, but given that most codices are filled with fluff, artwork and painted minis anyway, they’re still a great source of inspiration. And the fact that GW will refund (with a voucher) any codices that have been purchased in the eight weeks prior to 8th’s launch is pretty awesome of them. That being said, yes, it is still annoying. But a sacrifice I’m willing to make for progress. But then again, I haven’t recently spent £30 on a big book.
The counter to this is that the core rules, and the stats for all existing miniatures (and one presumes a few new ones at launch – plus-sized space marines if a few grainy snaps are to be believed) will be free for the new edition is pretty huge. GW giving away free rules!? GW giving anything away for free!? What’s not to love about that?
What’s more, those who love to clutch their codex as they fall asleep at night (I may have done this once or twice) will still have the option of picking up new books in the future. GW confirmed that books are not a thing of the past, and just like with AoS, army tomes will still be published. If you don’t want them however, you will probably get free rules still, but at the very least you’ll be able to spend a couple of quid to get them in a new 40k app.
When it comes to printed words, I think this is a slight win for GW. Killing the current codices wasn’t the kindest of moves, but by giving a lot away for free, they’ve probably made up for this.
The Details: Rules

We’ve seen only a fraction of these so far. The two wound terminator stat line was a great thing to see, and details of how the template-less flamer will work already have some people declaring it OP, while others think that they will suck. By the looks of it, I think they’ll operate much the same, and it means we won’t have to worry so much about wasting time spreading models wide to avoid those deadly transparent plastic discs and shapes being placed over them.
The movement stat is actually a great call. And getting rid of vehicle profiles and unit types, while moving to a keyword based system is a stroke of genius. Not only does this mean that people who get all pissy about larger Tau suits being called ‘Gargantuan Creatures’ will be silenced, but it also means that the cross-codex death star will become a thing of the past (one can hope).
Charging armies fighting first in close combat is a good call, and it does away with the initiative step (though I now wonder what boon of Chaos the Emperor’s Children will get instead – we just got good, guys!!) and the simplifying of the BS stat is a godsend. No more explaining to people that ‘it’s the opposite side of the die’ or ‘subtract it from 7’ – that needless nonsense is gone.
The two methods of costing your armies is also a great idea. A time saver for those who need it, or a detailed system for those who want it.
So when it comes to individual rules, I think GW have scored very well at first glance. The proof of the plasma is in the firing though, so we’ll see how that goes when we know a little more.
The Details: Sigmar-isation 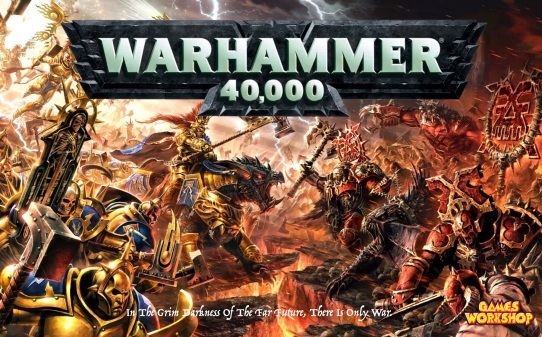 So, all those people who were panicking and threatening to rage quit if the game went down the AoS route are still a little upset about this, but given the resurgent popularity of the fantasy system, and that it looks like GW are cherry picking the best bits of this and applying it to 40k, I’m pretty happy about this.
Again, we don’t know enough to comment (oh, God! Now I’m doing it!!), but based on what I’ve seen and heard, I’m optimistic. The three ways to play being introduced to 40k is a great shout – fun for everyone. If you want a super competitive matchup, you can enjoy that sort of game while someone else plays something else that’s super narrative.
That’s what i think we’ll get. All the best bits of 40k, smushed together with the best bits of AoS. Not bad at all.
Then There’s The New Stuff

We know that the Death Guard are on their way. And we know that Papa Smurf (aka Roboute Guilliman) is working on some super-sized new Space Marines. Ok, this isn’t new edition dependent, but it is something that we can expect sooner rather than later. And to all those moaning that they’re going to have to remake entire armies with new Sigmarite-Sized Marines (Wait, does this mean we’ll have to call these Sigmarines as well!?), you won’t. Your old minis will all be valid, but you will be able to add to your armies with the new breed of super soldier. That’s what I’m hoping at least. And if I’m proved right, how’s that for a win?

We’ve also been promised a bit of a return for close combat so suddenly those Orks and Nids aren’t looking so bottom tier any more, are they?
That’s Probably Enough For Now 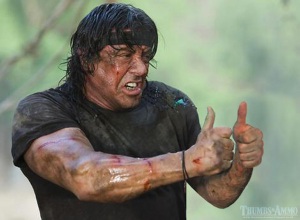 Quite right. This has rambled on for long enough now. One of the reasons that I kept going was that I was looking for some genuine negatives because, going by what I can see above, I am feeling really good about this. The codices thing is annoying, but GW have done enough to deal with this as far as I’m concerned. What’s more, they have dealt with one of the main issues that was making the game a real pain to play – the rules bloat. I welcome the simplification, but I’m glad that, from what we can see, it hasn’t gone full AoS. Taking the best from the Mortal Realms, and marrying it to the Grimdark is a great idea, and I look forward to seeing more details emerge in the coming days and weeks. Onwards!